Originally published in the Toronto Star 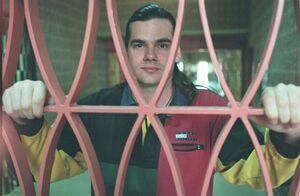 When Chris Bates pleaded guilty to a robbery charge 14 years ago, Rubin (Hurricane) Carter of Toronto was distraught.

Carter was then head of the Association in Defence of the Wrongly Convicted and he warned the plea deal would haunt Bates, even though it meant that prosecutors agreed to drop charges for a murder connected to the robbery.

Bates will begin a court battle in Montreal on May 12 to have his guilty plea quashed, even though it means he might be prosecuted again for the murder.

“Within hours of entering the guilty plea I knew I had made the wrong choice. I cried and cried but did not know what could be done about the plea,” Bates says in a statement that will be filed in a Montreal court.

Bates will be represented by former Newfoundland Attorney-General Jerome Kennedy.

Bates was convicted in 1993 of the murder of Remy Lariviere, a shopkeeper from Quebec’s Eastern Townships.

Lariviere’s body was found on the floor of his store in Cowansville on a blustery night in December 1992. He had been shotgunned to death and the cash register was open and empty.

Bates served 5 1/2 years in prison after he was found guilty of murder.

A new trial was finally ordered after a pro bono investigation by Toronto private investigators Sean Gladney and Bill Joynt of The Investigator’s Group.

They documented what they called a lack of forensic evidence and conflicting, changing witness statements.

Rather than run the risk of a new trial, Bates pleaded guilty to a reduced charge of conspiracy to commit robbery, with the agreement that he would not have to go back behind bars.

Despite his guilty plea to the reduced charge, Bates has always maintained he took no part in the crime.

This is Kennedy’s second time around for the Bates case.

After doing pro bono work for Bates in the early 2000s, he entered a career in politics, and served in several Newfoundland and Labrador cabinet posts.

In a court filing intended to clear Bates’ name, Kennedy wrote that Bates “is innocent of any involvement in the murder and/or robbery and that, until he is totally exonerated, he will remain a convicted murderer in the eyes of the public.”

Quebec authorities have indicated they will oppose his application and that his time for appealing the case has been exhausted.

For his part, Bates says he wants his name totally cleared.

He now lives in an undisclosed location, trying to keep a low profile.

“I am innocent and had no involvement in the murder of Remy Lariviere in Cowansville Quebec on December 17, 1992, and I am willing to risk having a new trial,” Bates says in an affidavit prepared for his appeal.

In an affidavit prepared years ago for Bates, Carter said Bates was distraught at the prospect of heading back to prison, even though he maintained his innocence.

“I realized that Chris was near the breaking point,” Carter wrote. “He was worried about his family, most especially, his children and not being able to care for them and see them grow up.”

“Chris appeared to be a very tortured young man, wanting to go to trial to clear his name, but terrified that even though the evidence was fully in his favour the jury would convict anyway as they had done at his first trial,” Carter wrote.

In his appeal document, Kennedy describes horrific conditions for Bates in the maximum-security Donnacona penitentiary.

“The petitioner recalls that in Donnacona assaults occurred on a weekly basis and approximately three inmates were killed,” Kennedy writes, adding that Bates was once left bleeding heavily after a fight.

His cell was set on fire while he was in protective custody after warning another inmate of threats against him, Kennedy wrote.

“His time in prison as a nightmare where he continuously felt that his life was in danger and that he would never see his family or children again,” Kennedy writes.

The recent unveiling of harassment and discrimination in sports is a cause of concern. The investigation into such allegations is an important part of determining how to resolve and manage these issues in the future.

How to Choose a Private Investigator Agency in Toronto

When choosing a private investigator, we encourage you to ask questions, ensure the agency has their credentials, are respectful and have the right experience.

Hiring a Private Investigator in Canada - What You Need to Know!

Private investigators are legally allowed to provide a range of services in Canada. We can conduct corporate investigations, background checks and much more.